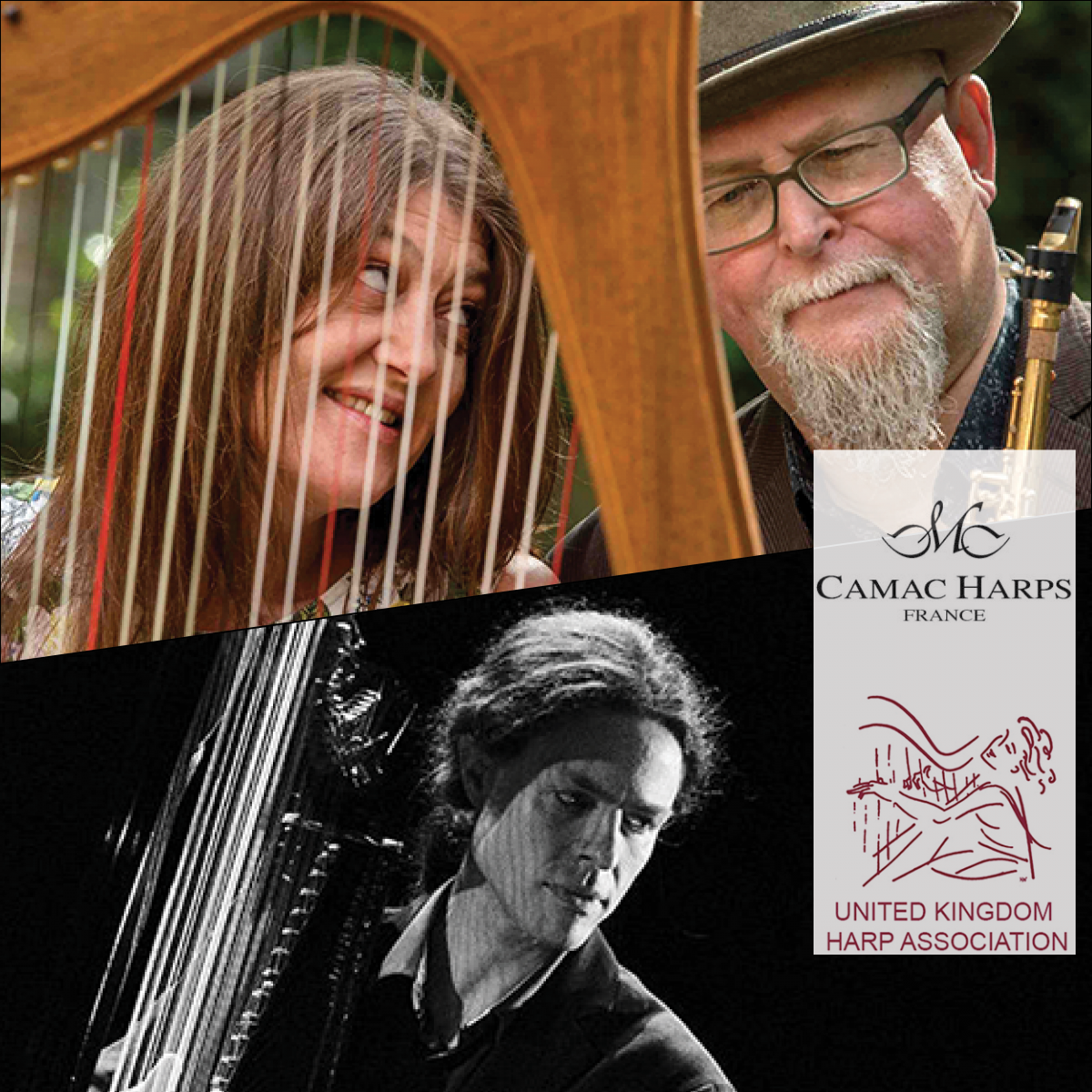 Savourna Stevenson and Steve Kettley celebrate the release of their CD “The Wine of Life (is ours)” on the Cooking Vinyl label. Unusually, Savourna will be playing the pedal harp as well as the clarsach – its rich sonorities displaying her virtuosic talents in a new light, and giving even more support to Steve’s flights on tenor and soprano saxophones. They will be performing new pieces as well as rearranged classics from Savourna’s repertoire – a dynamic blend of haunting melodies, pulsating rhythms and stirring improvisations, daring but totally accessible.

We welcome back the acclaimed international Breton harp player, Tristan Le Govic. His programme will feature arrangements of traditional tunes with his own compositions including some material from his latest album Dañs. He will also present some of Kristen Noguès’ compositions to commemorate the 70th anniversary of her birth. This performance will take us on a beautiful journey through early and modern music. 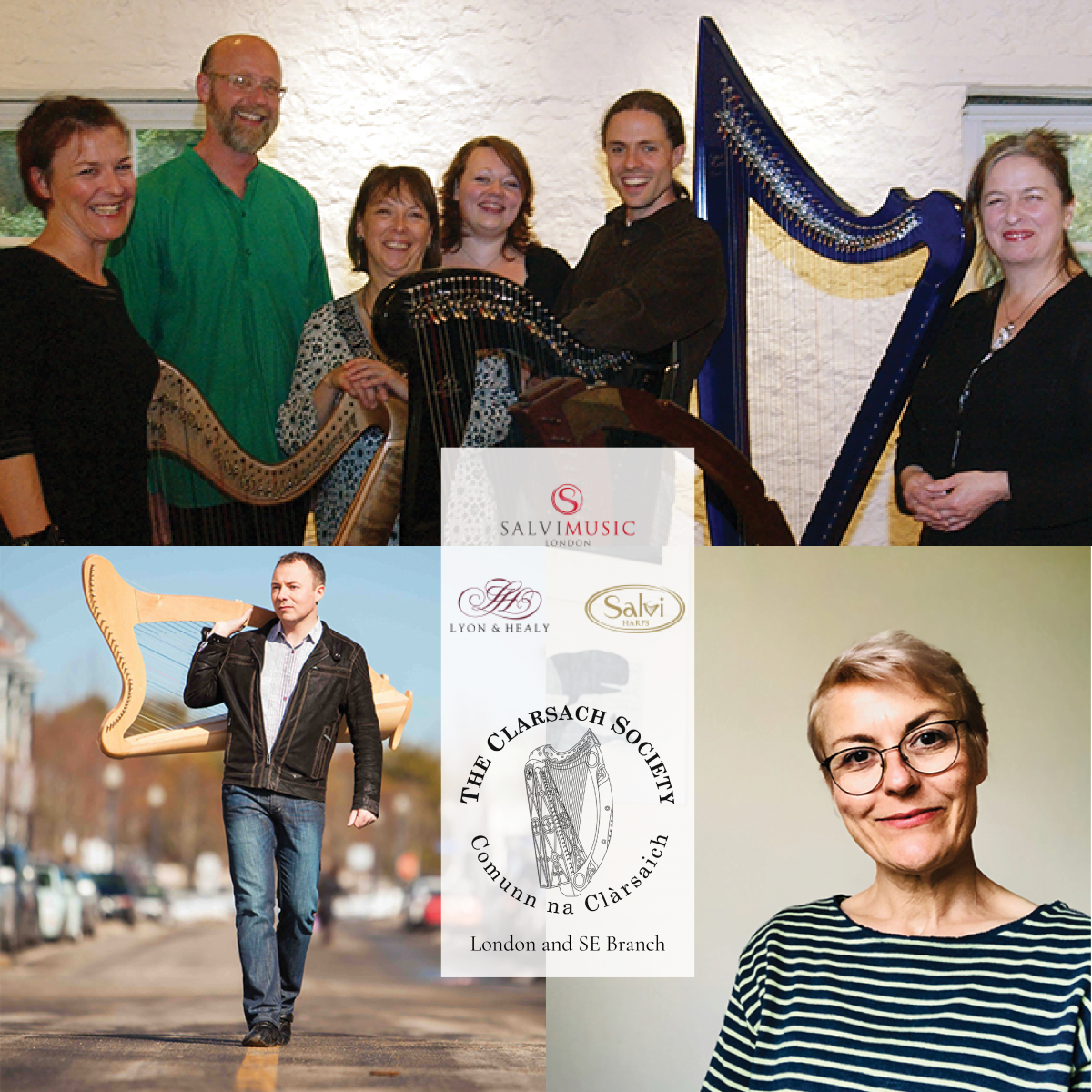 Corrina Hewat: The Song of the Oak & the Ivy

This suite for ten harps, played by Mary Macmaster, Wendy Stewart, Heather Downie, Bill Taylor, Tristan Le Govic and Corrina herself, intensely captures, in four movements, the diverse energies within the contemporary Scottish harp revival.  Commissioned in 2011 by the ElHF in celebration of its 30th year and The Clarsach Society’s 80th anniversary, it is based on a short story written by Eugene Field in 1891.

”The piece dynamically encapsulated the clarsach’s multigenerational, multicultural identity today, both in its array of exponents and instrumental varieties – from the ancient wire-strung model to the 21st century electro-harp – and its brilliant compositional synthesis of genres, moods and timbres.”

A popular return to our Festival by Cormac presenting a concert of Irish airs, harpers’ melodies, dance tunes and songs in the Irish language. 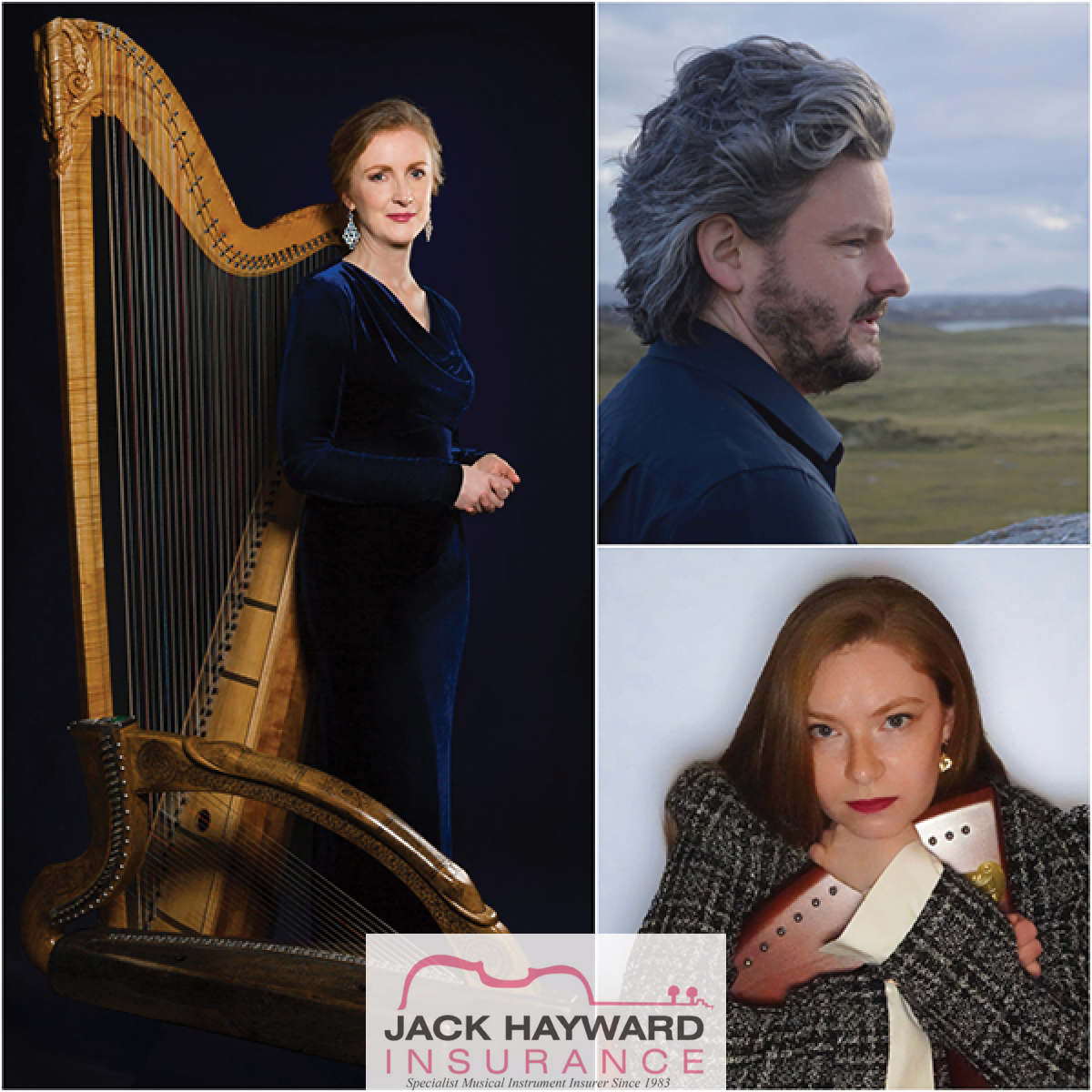 Ireland’s foremost scholar-performer of historical Irish music, Siobhán Armstrong and the prize-winning Donegal singer, Doimnic Mac Giolla Bhríde, recently began a collaboration to explore the vocal music of the old Irish harpers. In this, their Scottish debut, they will perform treasures they have reconstructed from manuscript sources of the 1700s, including neglected versions of well-known 18th-century compositions by Turlough Carolan, with Siobhán accompanying Doimnic’s raw and powerful singing on a beautiful copy of an early 18th-century Irish harp.

This year’s winner of the Iain Macleòid Young Composer Award 2020-21 is a lever harpist from Connecticut, U.S.A.  She has a Performance degree from Berklee College of Music and will be attending the University of Limerick in September for an MA in Irish Music Studies. Rhiannon Skye (stage name) recently began to write for the harp. Her goal with each piece is to tell a story, while still remaining true to the genre’s stylistic origins. 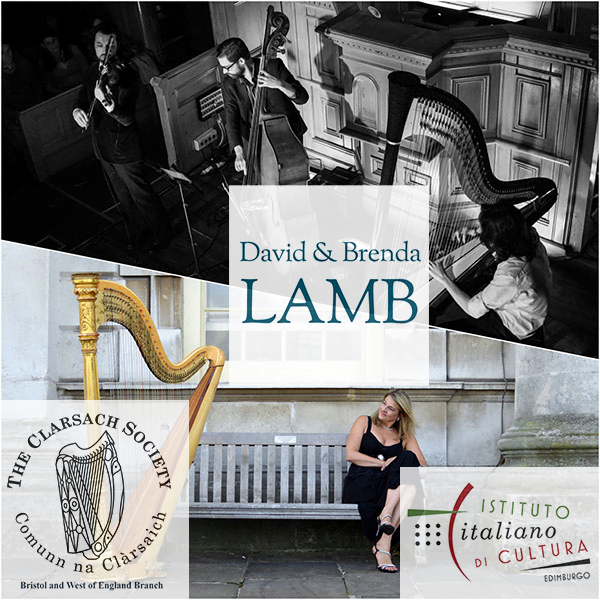 We are delighted to introduce The Transatlantic Hot Club who will be presenting an exciting performance of gypsy jazz and swing featuring the talents of Ben Creighton Griffiths (harp), Adrien Chevalier (violin) and Ashley John Long (bass). They will present Gypsy Jazz classics, swing standards, and Latin tunes in the ever-stylish hot club sound of Django Reinhardt and Stephane Grappelli.

Gabriella Dall’Olio: On the Wings of the Harp

Music unites us and music defines us. Each composer has a different flavour, colour, tradition, language, one which we recognise instantly. So, Gabriella will present music for all, travelling across time and space on the wings of the (pedal) harp! 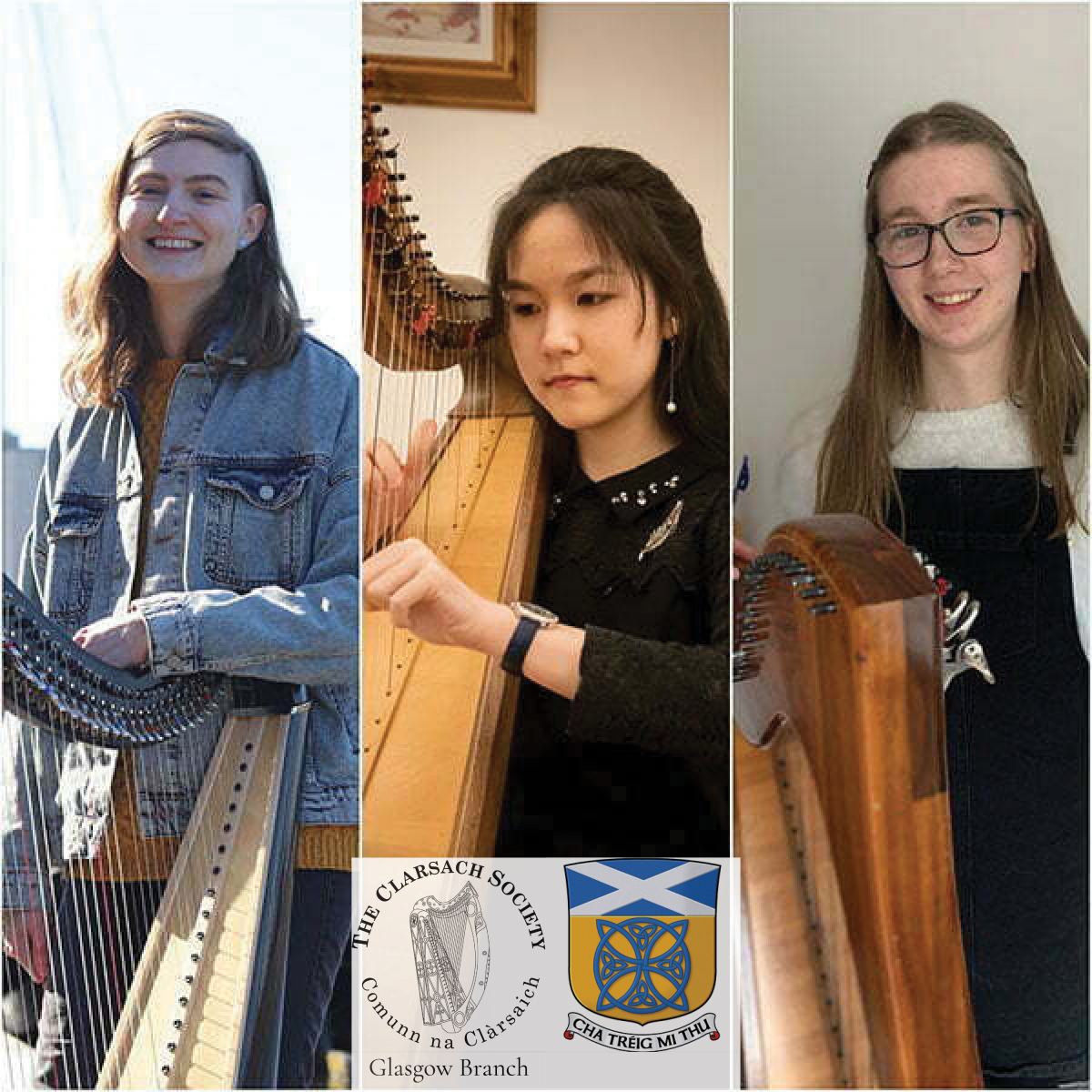 Romy Wymer
Originally from Holland Romy is now based in Glasgow having graduated from the Royal Conservatoire of Scotland. She is pursuing a career as a composer and performer and will play a selection of her original works on the lever harp.

Stephanie Humphreys
Hailing from Edinburgh and now studying music at the university there, Stephanie will play a mix of Scottish and French music. The pieces are varied in style and will take you into some very different sound worlds created by great composers!

Phoenix Zhang
Currently in Scotland with her family, Phoenix is from China. She is embracing the music of her new home and will play a wide range of styles, including arrangements of Scottish and Gaelic Music – with a few surprises along the way!

Edinburgh-born harper and composer, Maeve Gilchrist, was commissioned in 2021 by the EIHF and The Clarsach Society to write a piece in celebration of the 40th festival and the 90th anniversary of the society . We are pleased at last to be able to present the premiere of Sharmanka Suite (Death and the Polar Bear), written in collaboration with Sharmanka, the groundbreaking theatre of Kinetic sculpture in Glasgow.

As a child, Maeve was introduced to the transportive world of Sharmanka, created by Russian sculptor-mechanic Eduard Bersudsky, theatre director Tatyana Jakovskaya, and light and sound designer Sergey Jakovsky. As the years have gone by, memory and imagination have blurred together manifesting in a slew of memories: chimerical creatures , whirring engines, grinding, clanging, metallic sounds and the simultaneously humorous and grotesque wooden figures.

This suite, featuring Maeve Gilchrist (harp), Su-a Lee (cello), Aidan O’Rourke (violin), Ruth Nelson (viola), Fergus McCreadie (harmonium) and pre-recorded sounds and visuals from Sharmanka, takes its satirical tone from Bersudsky’s art, lightly playing with the juxtaposition of light and dark, life and death and the irrepressible life force that connects us all.

After a polarising couple of years, this piece is intended to suspend reality, if only for a few magical moments, and bring us to a different place. Together.

In their second appearance together at the EIHF, siblings Màiri and Calum explore the wide variety of connections between the Clàrsach and their first language, Gàidhlig (Scots Gaelic). Over the years their musical focuses have gone in drastically different directions, constantly breaking boundaries between styles. Here is a rare opportunity to witness and enjoy the mixing of their considerable musical talents in instrumental and vocal music. 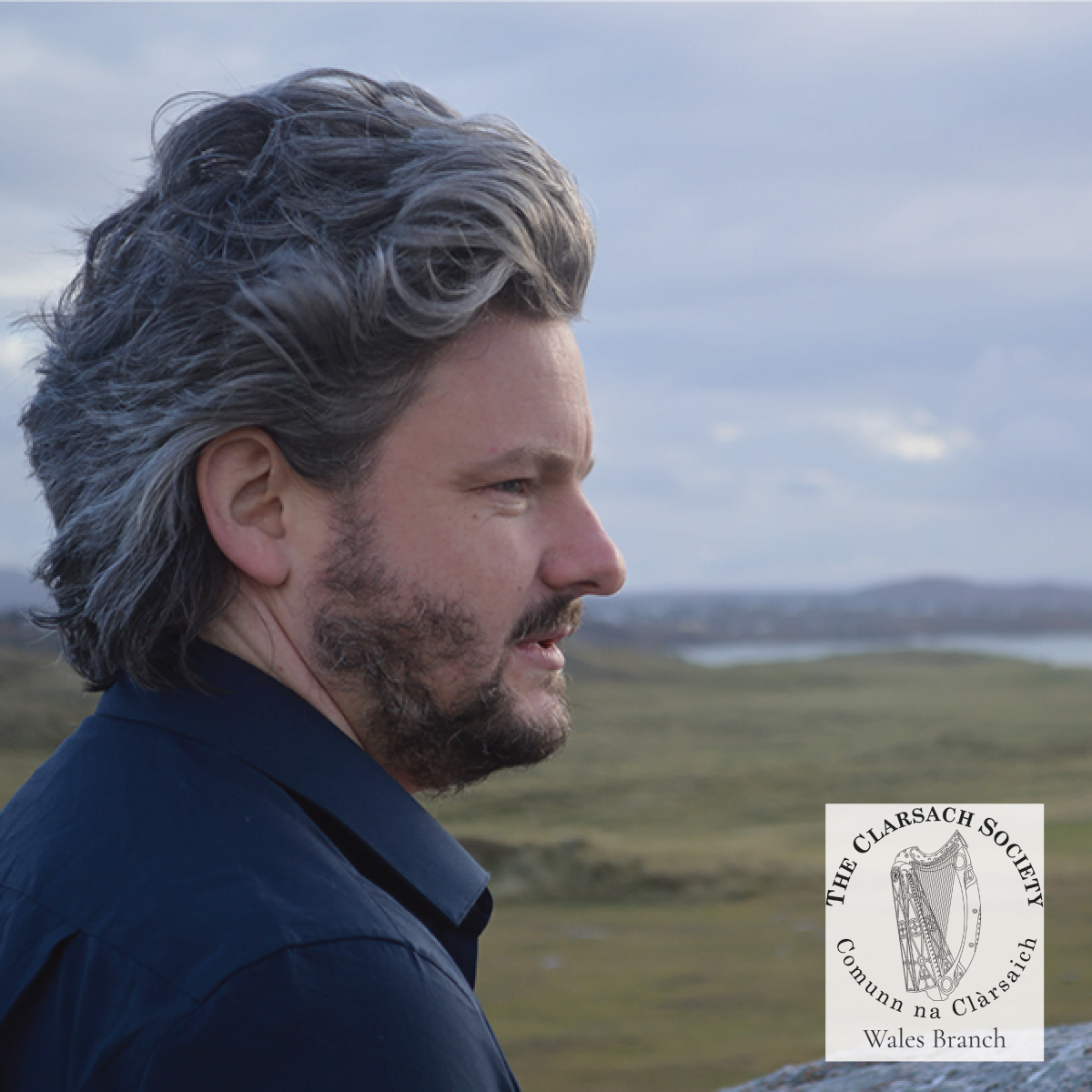 Doimnic has been researching Irish-language songs for many years and has discovered significant similarities between 17th-and 18th-century songs associated with Irish harpers, and songs sung today in the sean-nós [‘old style’, unaccompanied] tradition, some being almost identical. He proposes that the sean-nós tradition takes off where the Gaelic harping / bardic tradition ended. In this workshop we will explore, and learn, M’Uilleagán Dubh Ó, a song that was played and sung by one of the last Irish Gaelic harpers, Donnacha Ó hAmhsaigh, or – as Edward Bunting called him – Denis Hempson. The lyrics were composed by the famous south Ulster poet, Peadar Ó Dóirnín (c.1690–1769). 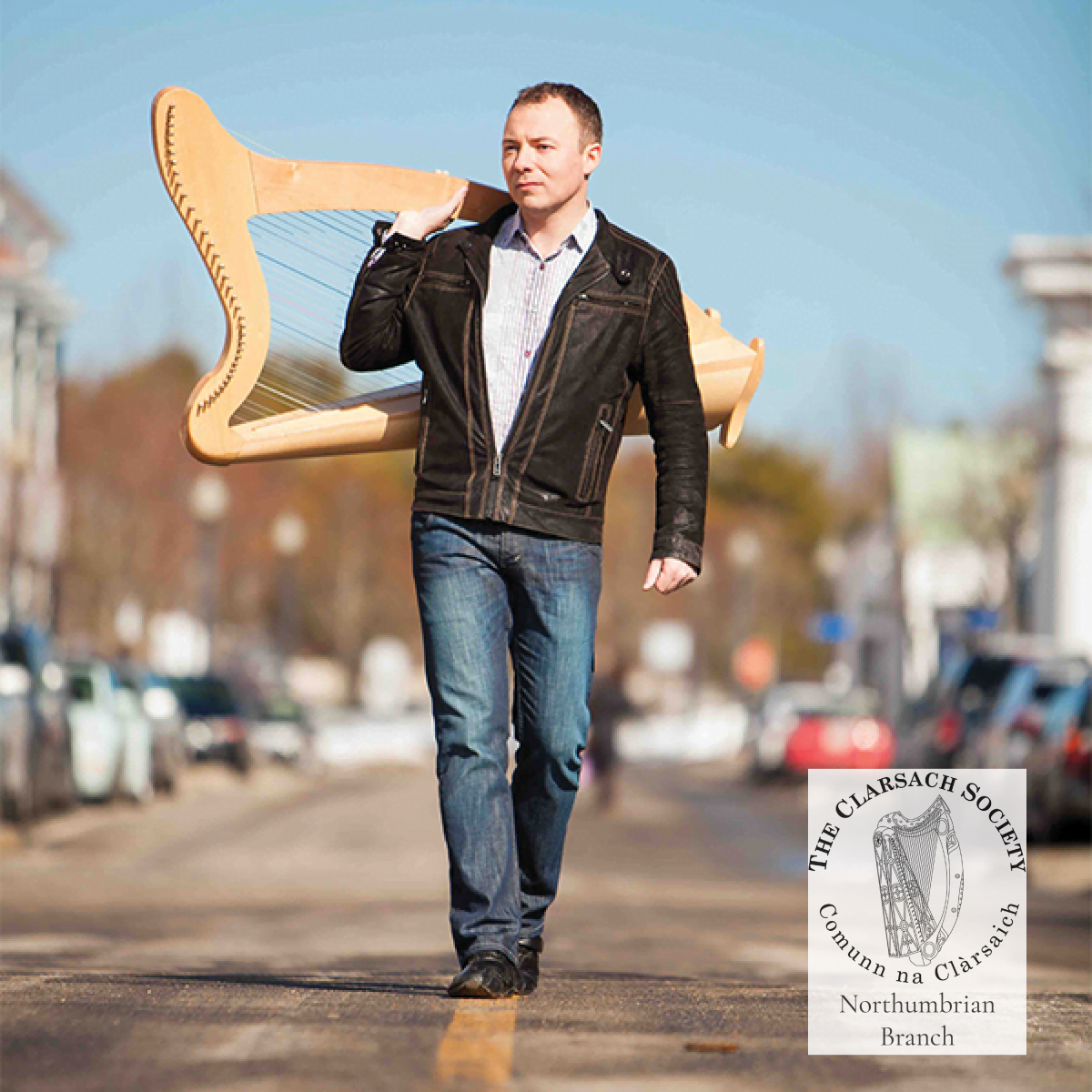 A glimpse into the repertoire of Ireland’s most famous harper-composer, Turlough O’Carolan. We will explore some of Carolan’s most tuneful melodies – some simple and some intricate, but all will sit comfortably under the fingers. 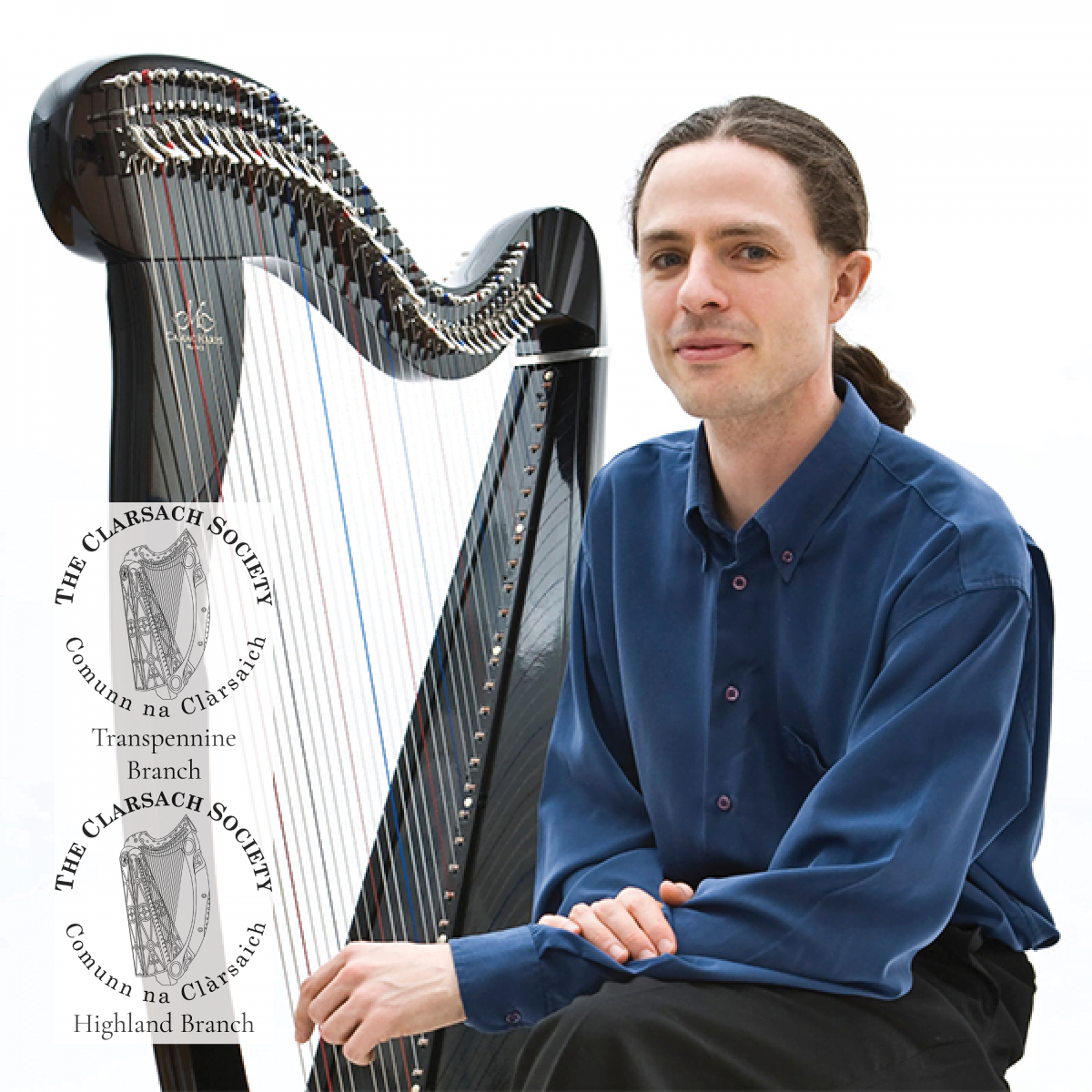 Among the pioneers of the Celtic harp, Kristen Noguès (14th March 1952 – 5th July 2007) remains one of the most creative and visionary musicians ever. Often avant-garde, still very modern on both acoustic and electro-harp, Kristen’s music reflects the main artistic movement of her time, intermingling Breton traditional music with Jazz and Contemporary music. This workshop on the 70th anniversary of her birth will celebrate her legacy as well as providing historical background since the 1970s.